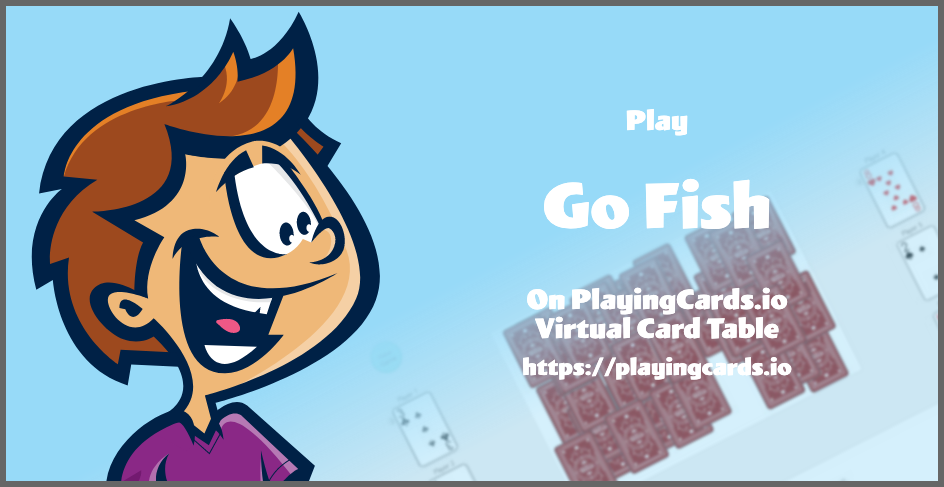 Take cards from your opponents to complete your four-of-a-kind's in the classic game of Go Fish. Go Fish is for 2 or more players.

Whoever has the most four-of-a-kind's wins Go Fish!